In Christianity the only way you bear fruit is to keep your Christian walk spiritual.
So I say, walk by the Spirit, and you will not gratify the desires of the flesh. Galatians 5:16
What does it mean to be spiritual in our walk?

Here are five advises to keep your life spiritual that is pleasing to God.

2.      Seek the presence of God
Appreciate and seek the presence of God. Long to have His presence more than any other thing in your life.  Keep on praying in tongues to edify yourself and. Walk understanding that you are walking with a sensitive person the Holy Spirit. Whenever you think, speak and act, acknowledge Him in all your ways.  And do not grieve the Holy Spirit of God, with whom you were sealed for the day of redemption. Ephesians 4:30-31

Keep on being humble. Keep humility in everything you think, say and do. Don't let pride rise again. Look for ways to humble yourself.  Don't fall into temptation of considering yourself better than other in pride. Don’t be afraid others to see your brokenness and meekness. Be like a child. Think of yourself less.Do nothing out of selfish ambition or vain conceit. Rather, in humility value others above yourselves, Philippians 2:3

Don’t fall into temptation of stopping to invest in the lives of others. Forgive others cheerfully when they need your forgiveness.  Give others opportunity to rise and grow. Have mercy on them when they are unable to stand up and live again. Give them more than they deserve. Don’t expect reward from others. Focus on God and His love and give in whatever way possible.

The second is this: 'Love your neighbor as yourself.' There is no commandment greater than these." Mark 12:31

Keep it spiritual.
Posted by Abiy Wakuma Dinsa at 2:09 PM No comments:

The Greatest Ressurection Power Is For Us 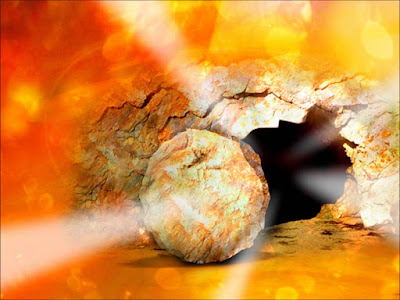 A sure way of Signing up God as your enemy 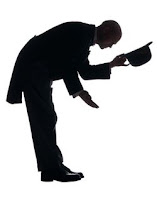 The ark angel Satan was Lucifer. He fall down to nothingness because of pride. The first men Adam fall for lack of humility.

If we are proud and think we can't fall we are deceiving ourselves.

Pride comes before a fall. If pride comes fall is inevitable.

God doesn’t want to be anyone's enemy. That is the reason he admonishes us frequently to humble ourselves.

But if he sees a proud person he can’t help it except to make sure that the person is humbled again.
Humbling ourselves is our assignment. We don't give excuses. We don't blame anyone else. Humble yourself. Do it yourself.

If you want God as your enemy, just be proud.

But whoever humbles himself will be exalted by God Himself.

Let’s humble ourselves before God.
Posted by Abiy Wakuma Dinsa at 5:24 AM No comments:

By whose stripes you were healed

who Himself bore our sins in His own body on the tree, that we, having died to sins, might live for righteousness—by whose stripes you were healed. 1 Peter 2:24

Originally, God created man healthy and whole. But because of Sin man became weak and venerable in his soul and body.
The body is very important to live on earth and to do God’s work in full strength.

When Jesus was sent to earth by God to fulfill his will, God prepared him a body.
Therefore, when Christ came into the world, he said: "Sacrifice and offering you did not desire, but a body you prepared for me; Hebrews 10:5

Without a body, it is not only very difficult it is also impossible to do the will of God on earth.
Jesus paid for our soul and body. The reason that Jesus paid the price for our sickness is that we must be strong and healthy to run for God and serves Him and His kingdom in our body.

He came to destroy eternal death for those who receive Jesus as savior and Lord of their lives and also to destroy weakness in our body so that we may do the work of God in strength.

We can’t really serve the Lord on earth fully if our soul is saved and out body is still weak and unhealthy.

When evening came, they brought to Him many who were demon-possessed; and He cast out the spirits with a word, and healed all who were ill. This was to fulfill what was spoken through Isaiah the prophet: “HE HIMSELF TOOK OUR INFIRMITIES AND CARRIED AWAY OUR DISEASES.” Matthew 8:16-17

As He himself took our infirmities and carried away our disease, let’s resist the devil to live healthy and strong.

…by whose stripes you were healed

Why we give praise?

One of the most important protocols of approaching God is in giving thanks to Him. But why is it important?
It isn't just a lip service that God wants but a real thanksgiving. It isn't just the words of “thank you” that God expects. God expects more than mere words.

God wants our attitude to be right before Him. God wants our recognition of our position as people and his position as God.
We can’t approach God in a proud spirit that come to scrutinize God. Or we can’t come to God as if we are equal friends (yeqolo Guwadenya). We can’t approach God criticizing His decisions and the way He handles our situation.
Do not be quick with your mouth, do not be hasty in your heart to utter anything before God. God is in heaven and you are on earth, so let your words be few. Ecclesiastes 5:2
We can’t come to God as if we are trying to receive from God for the very first time. We can’t approach God that the world is scrambling down if He doesn't do something. God want us to believe and not be in haste.
God wants us to recognize that He is in control. We have to acknowledge that He has been gracious to us all the time.
The attitude of humility and thankfulness toward Him puts God in the right position to give and that puts us in the right position to receive.
To read more of the topics click the link below.
More blog posts
Posted by Abiy Wakuma Dinsa at 7:45 AM No comments:

People sometimes confuse worrying about the concern of life with prosperity. Worrying about for what to eat and drink isn't prosperity. People mistakenly seek for those things. And they work for those things. But it isn't prosperity at all.
Actually it is poverty. It is poverty of seeing ourselves as ordinary person and it is really missing the mark of our purpose of living on earth.
Instead seeking first the kingdom of God and His righteousness is true prosperity.
It is standing in our rightful position as the members of royal family. We are not here to survive. We are here to promote of the kingdom of God and to please the King God on earth. That is a real fulfillment. It is realizing the purpose we are in this earth.
When we seek his kingdom and His righteousness we will never seek anything else as God is the one who will provide.
Let’s follow the true prosperity of seeking first the kingdom of God and His righteousness.
But seek first his kingdom and his righteousness, and all these things will be given to you as well. Matthew 6:33
To read more posts click the link below
More posts

Selfishness degrades us to nothing

We are created and designed to love others and serve them in every gift we have been given by God. Our being alive should be a blessing to others not a liability. We are created to love others and add value in their lives.
But our lack of love makes us smaller.
If you see yourself the biggest and deserve the best and the most, while you think others don’t deserve the same, it makes you smaller and smaller.
It is said the person who lives for others will live on and on in his legacy. But the person who lives for himself and himself only will die as soon as he dies physically.
Man is created to empower and bless others. We are created to serve one another. That is why our true happiness and joy comes from making others successful. That is our success.
A person who thinks that he is the superstar and the only lucky person who deserves all the service of others and does nothing to serve others is a failure.
If I . . . but do not have love, I am nothing . . . but do not have love, I gain nothing.1 Corinthians 13:2-3
For more posts click the link below
More posts
Posted by Abiy Wakuma Dinsa at 7:41 AM No comments:

Prepare well to be a part of God’s work

Sometimes we feel like we have to do something to make God or wake Him up to take His leadership role and do something. Or we are tempted to accelerate or speed up His actions.
We often confuse what we have to do and what God will do.
That is just our feeling. The truth is God is leading perfectly. He always takes the initiation. If you see anything good happened, it is initiated by God.
He may look slow, we can't sensor or audit the speed He does things. He leads in every detail we can't imagine.
God doesn't need us to advice Him. He knows what to do when to do it and how to do it. He has our life blue print ready.
For I know the plans I have for you," declares the LORD, "plans to prosper you and not to harm you, plans to give you hope and a future. Jeremiah 29:11
We can't start revival.
The best thing we can do is to prepare ourselves in our daily assignment and be a part of the revival God starts. We can't make spiritual things happen by our selves. It takes God. He does them in His own time.
The best thing we can do is to prepare for it and be involved when it comes.
For more posts click the link below
More posts
Posted by Abiy Wakuma Dinsa at 7:39 AM No comments:

More of our problems are spiritual than we often think 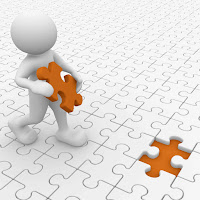 This is true especially in this time and age where science claims to settle each and every problem of mankind. It isn't true.
Originally the problem of mankind is traced back to his spiritual problem who entertained sin and open the door for the devil to steal, kill and destroy.
When a paralyzed man was brought to Jesus he focused on the spiritual solution of the spiritual problem of the man namely sin. Matthew 9:2 -7
When we see a women with infirmities we tend to say she must see the doctor while her problem was the devil who bound her or many years. Luke 13:12-16
The father of the lunatic child brought his child for spiritual treatment instead of taking him to mental hospital. Matthew 17:14-15
The list goes on and on...
We usually tend to make more money sacrificial our family need while our problem is spiritual curse or luck of knowledge of there of.
By this I don't mean all our problems are spiritual. But i can say that most if our problems if not all are spiritual.
Let's not waste our lives looking solutions in wrong places. Let's humble our-self before God and resist the devil who comes solely to steal, kill and destroy. Lets seek God and his word for real solutions.
For more posts click the link below
More posts
Posted by Abiy Wakuma Dinsa at 7:38 AM No comments: